The Truth About Suicide

If you’re experiencing suicidal thoughts, you are not alone – even though it may feel that way right now.

Feelings of helplessness, despair, loneliness, without hope of feeling better?  Feelings of anger or rage?  These are feelings often experienced by those thinking about suicide.  Feelings, good or bad, do not last forever.  There is a caring person to talk to right now and anytime of day by calling 541-779-HELP or the National Suicide Prevention Lifeline 1-800-273-TALK (8255).

No one is immune to feelings of being overwhelmed and hopelessness.  College students of all ages and walks of life face multiple adjustments to changing circumstances such as academic pressures, relationships, finances, personal growth, professional challenges, career development, social connections, and life direction. It’s interesting that often intense emotional stress sometimes blinds people to alternative solutions to suicide…yet other solutions are almost always available. While some students see suicide as the solution to end all problems… suicide can also be understood as the problem to end all solutions.  All too often, a completed suicide is a permanent solution to what might have been a temporary experience of feelings, perspective, and circumstances.

HELP IS AVAILABLE.  ALL YOU HAVE TO DO IS TAKE THE FIRST STEP.  TALK TO SOMEONE.

SOU is part of the Oregon College and University Suicide Prevention Project (OCUSPP), a statewide consortium of higher education institutions in Oregon dedicated to reducing the risk of suicide for our students.  For more information about depression, suicide and college students visit Mental Health America at http://mentalhealthamerica.net/, the Jed Foundation at http://www.jedfoundation.org/, or ULifeline at http://www.ulifeline.org/.

SOU provides caring staff and faculty across campus that can help you access the support and help you deserve.  Talk to a faculty member, resource coordinator, student affairs staff, residential life staff, or anyone you have access to so that you can get to someone to help.  Talk to your family, friend, a medical professional or take action yourself and call:

SOME INFORMATION ABOUT SUICIDE

Did you know that 90% of those who die by suicide suffered from depression (American Foundation of Suicide Prevention).  Thoughts of suicide are often symptoms of depression.  Research has shown that depression is treatable.  Data from the 2006 National College Health Assessment (NCHA) survey of 94,806 U.S. college students, conducted by the American College Health Association, revealed the following information regarding depression and suicide:

People have different reasons for thinking about suicide. 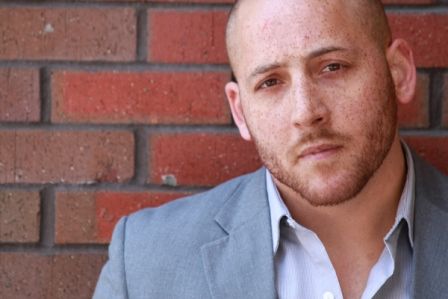 During Spring Term of 2012 speaker, and author, Kevin Hines visited SOU.  Kevin has reached international audiences with his story of an unlikely survival and will to live. When Kevin was 19-years old, two years after he was diagnosed with bipolar disorder, he attempted to take his own life by jumping from the Golden Gate Bridge. He is one of thirty-three to survive the fall and he is also the only survivor who is actively spreading the message of living mentally healthy around the country and the globe.

Since, Kevin has become an award-winning international speaker, author, and mental health advocate.  In 2012, he was awarded a Lifetime Achievement Award for his outstanding work as a suicide prevention advocate and speaker. He has also been recognized by SAMSHA as a Voice Awards Fellow and Award Winner, an Achievement Winner by Veterans Affairs, and he has received a Three Star Marine Generals Medal Award in addition to his numerous accolades.

Kevin's will to live and stay mentally well has inspired hundreds of thousands of people worldwide. His compelling story has touched diverse audiences on university campuses, organizations, corporations, clergy, military, clinicians, the medical community, community organizations, and international conferences. Cracked... Not Broken: Surviving and Thriving After a Suicide Attempt is his first book and will be released on July 16, 2013.

Article about hope and our ability to heal