Welcome to Faculty Insights, an opportunity to meet some of our exceptional faculty outside the classroom. Insights offer an opportunity to get to know each guest as a person as well as a member of the faculty here at SOU. 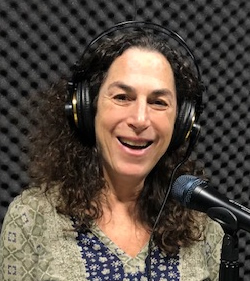 “Your class always sounds so happy!”

When I discovered Dr.Golding was born and raised in France, it only seemed fitting to start our interview with a peppy French song. We talked it over and she recommended a song one of her students liked, Les Passants by a group called Zaz. With Marianne, it’s all about the students.

Her journey began when, on the advice of her mother, Marianne used her dual citizenship at age 19 to come to the US. She had already completed a year at the Sorbonne when she moved to the States and then finished her studies here, earning a PhD at UCLA. In 1998, she was offered a temporary teaching position at SOU. Accepting the position was a good call as, so far, it’s been 22 years and counting.

Not too big on stereotyping, she informed me that she IS French but doesn't cook. Her British husband is a great cook and deftly takes care of those duties. She has three children, runs daily, and what she does for fun is research.

Although her family was impacted by the Holocaust, she found herself turning her back on it for a number of years. As time passed, she began to want to learn more about her father's story which turns out to read like a movie script complete with a daring escape being smuggled out of danger in the trunk of a car. Marianne came across some interesting background information which combined with letters and old documents to pique her interest. This began a research project tracing family roots and travels. Through her research, she located and met some of the other survivors of her father’s adventures, learning firsthand how their tales were woven together. To wrap it up and validate the work, she presented here at SOU in January 2020.

Marianne speaks to the value of learning a language for anyone regardless of their major, and her unique style of gradual immersion when she teaches. While discussing the development of the program and her career I found that she had been awarded not one, but two teaching awards on the strength of recommendations from both peers and her students. One observer summed it up simply,” Your class always sounds so happy!”.

Without a French major at SOU, Marianne discusses alternative ways for students to cultivate an interest in languages, including study abroad programs. She takes groups to the south of France each summer as part of the Summer Language Institute. It’s a tough job, but someone has to do it! Merci beaucoup, Marianne!

The song is Les Passants by Zaz.

© 2010 Play On/Warner Music France, a Warner Music Group Company. All rights are credited to the owner. Shared for educational use. 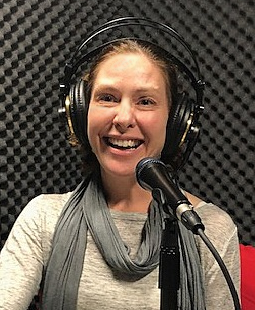 “It makes my heart so happy to see that.”

Occasionally I have those “what just happened?” moments. Like when my 93-year-old mother called me “Dude.” This interview was one of those moments. After gaining a sense of her educational background and training, Alison reveals her rather interesting mentor and details for an upcoming exciting adventure. I teased her about there being luggage in the waiting room and an Uber idling outside as we did our interview. It wasn’t quite that imminent, but when this interview airs she will be in the Republic of Bosnia and Herzegovina to present workshops on Women in Crime, having been awarded a Fulbright for the four-month trip.

Alison is an avid trail runner, and will be running in the Transylvania 100K, an event that begins at Dracula’s Castle while she is there. She reports that participants have been warned about bears and wolves along the route. Oh yes, and since she is there? She is invited to present at the 29th UN Women's Conference in Vienna.

Her SOU students have benefited from a number of trips across the Atlantic as part of a summer “Study Away” program including visits to London, Paris, and then The Hague and Amsterdam. It was great for her to see CCJ students as ambassadors.

When it comes to the CCJ classroom, Criminal Theory and Juvenile Offenders are her specialities. She also focuses on the role of women in crime, and identifying and taking on educational bias. She discusses some of the new pedagogical techniques she is using to keep her classes fresh and describes the mock trial she recently held in class (with a special guest judge) and some future goals for the CCJ program that are percolating away.

She wraps up with tips for prospective students and her work locally with RESOLVE, a mediation organization that is helping students in trouble within the Medford schools. She has promised to come back and do a follow-up after her trip. I’m hoping for a wooden stake from Dracula's Castle, but I won’t push it.

Details on the Transylvania 100K race

Outtake: The initial telling of the SOU in London story (4:02) 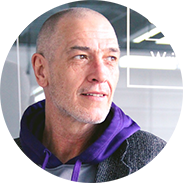 It is so refreshing to sit down with someone who is highly accomplished to discover they are just folks. Craig Wright fits that description and is an excellent choice for the Faculty Insights series. He has taught in the area of creativity for 26 years — short stories, poetry, songwriting and fiction. He is a published author and so much more; his music has appeared on television shows such as Sons of Anarchy and Lucifer. It pays to watch the credits on TV shows.

With all those accomplishments, what is he most excited to talk about? What his sons are up to and the success of a former SOU student, Abbigail Rosewood, who has recently published her first book to great critical success. Discussing performing, he casually mentions his own musical performances in the Bay Area and at the Oregon Country Fair.

Craig discusses how writing and literature have changed over the past quarter-century, examining past trends and looking forward. He doesn't fault the current obsession with superheroes and memes, but sees them more as a metaphor for what society is currently going through. He looks for “interestingness” in the work of his students as a sign of a true voice.

Craig wraps up our interview with a comment on his mentor, James Dickey, and some tips for students that were given to him by the CEO of Target. When it comes to writing? As the Nike slogan says, “Just Do It.” Join us for an amazing half hour.

Abbigail Rosewood, “If I had Two Lives” 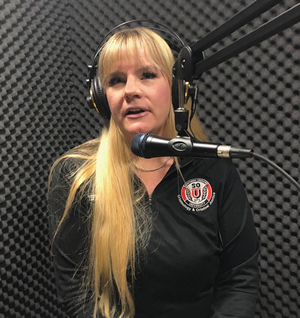 Tiffany Morey of SOU’s CCJ program is an excellent choice to kick off the Faculty Insights podcast series. Prior to joining SOU, Ms. Morey had what she calls her “first career.” She worked in Las Vegas as a police officer, becoming part of the 1% of the force that was female. She has been pushing barriers ever since.

Not only was she one of the first patrol officers, she was also the first officer to become pregnant. This moved her out of patrol and into Community Relations where she presented the human side of police and law enforcement through a variety of programs, including dealing with a gang-infested neighborhood with a high murder rate. Some of her other firsts were learning to ride horses for the mounted patrol division and power slide a mountain bike. A highlight for her was pulling over a semi-truck from her mountain bike—no telling who was more surprised that it worked!

Tiffany eventually became a part of the now famous CSI Las Vegas team, which is a lot different than what you see on television. She could have stayed there her whole career, but she wanted to climb the ladder and take a shot at breaking through the glass ceiling.

Her second career brought her to Ashland and SOU where she gets to do “a lot of the fun stuff” in the program. She points out that SOU has one of the top programs in the country and has warm words for her co-workers. She offers some good advice for prospective students interested in law enforcement about the impact of social media and drug use on future jobs, regardless of their major. The interview concludes with a positive report of local law enforcement and the expanded numbers of women in the profession. I hope you’ll join us and spend an enjoyable half hour. And if you see a mountain bike behind you flashing red and blue? Pull over. 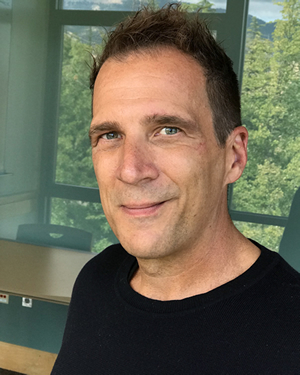 Our guest today is Dr. Clayton Austin, the Director of the Center for the Advancement of Teaching and Learning.

We found out early on that Clay is from “great Commonwealth of Kentucky" and you may catch a telltale drawl in his voice now and then. Clay has an extensive background in faculty development and has taught every level from elementary school to graduate programs. Prior to coming to SOU, he spent two years in China working at a British university with an all-Chinese student population.

In discussing the work of the Center, Clay described the continuation of some past programs like the Course Design Academy (CDA), where a course is re-designed, as they say in Kentucky, “from snout to tail.” We will also be hearing about new programs to support the faculty such as the Innovation Communities, small groups of faculty who undertake a short-term project to share with the campus, and Learning Circles, reading groups that meet every few weeks to discuss a book on teaching.

When asked about the rebuilding of the CATL website last summer, Clay explained that the goal was to increase the online and dynamic presence of the Center. One new feature is the Commons page where curated resources will be posted regularly for faculty. “That's a page you can go to every week and see something new.”

We also touched on supporting events and projects such as the new Writing House on campus, and Clay's commitment to the Center being "an advocate for best practices and new practices in teaching and learning." We ended with an invitation for faculty to get involved in a sponsored program or stop by the Center for help with Moodle. One of the Center’s goals is to celebrate the work of our faculty in a variety of ways — including podcasts like this.

Thank you for joining us.

Faculty Insights are produced and edited by Bill Bateman and recorded on the SOU campus. Thanks to the SOU Digital Media Center for their support.