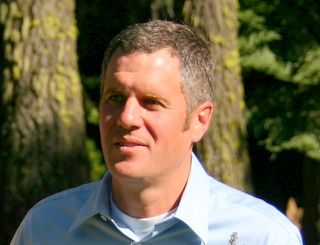 Dr. Mark Krause received his Bachelor’s and Master’s degrees at Central Washington University, and his PhD at the University of Tennessee in 2000. He completed a postdoctoral appointment at the University of Texas at Austin where he studied classical conditioning of sexual behavior in birds. Following this, Krause accepted a research fellowship through the National Institute of Aging to conduct research on cognitive neuroscience at Oregon Health and Sciences University. He has conducted research and published on pointing and communication in chimpanzees, predatory behavior in snakes, the behavioral and brain basis of conditioned sexual behavior, and the influence of testosterone on cognition and brain function. Krause began his teaching career as a doctoral candidate and continued to pursue this passion even during research appointments. Krause is currently a professor of psychology at Southern Oregon University, where his focus is on teaching, writing, and supervising student research. Courses taught: Learning and Memory (PSY 341), Behavioral Neuroscience (PSY 351), General psychology (PSY 201/202), Comparative Psychology (PSY 407). He spends his spare time riding and racing his bike, cooking, reading, and enjoying Oregon’s outdoors.